Coll,I was wondering how those Mikuni manifolds would work. For mine, i used a '72-'75 TM250 intake manifold (34mm I.D., Suzuki P/N 0) which worked great. The holes lined up almost perfectly but were a little big, so I made up small collars to make sure the manifold would align the same way every time I put it back on. I did the same thing using 1/8' lengths ot heat-shrink tubing on the MR175 manifold bolt threads right under the hex heads, it worked out well.I've used the Sudco web site many times to get part numbers and whatnot, but I've never actually ordered from them; the one time I tried (for Keihin jets), they told me they only sold them in multiples of four, so I ended up going with Robert at motorcyclecarbs.com. I've gotten a lot of stuff from him, so far so good.I've attached the porting specs and notes, which I got from the December '75 issue of Cycle World. The article mentions that it's real important to open up the ports all the way through.

My guy didn't do this, so I had to buy a Dremel kit & right-angle attachment to finish the job on the 2nd cylinder he did (the first one will get it done at the next ring change). It was a real pain to do, but what good is a port passage with a cross-section like an hourglass?RayOn the forms you posted earlier it says the cases have to be clearanced for a CR gearset to work. I have a CR lower end & was wanting to give it a try, but, as you said it probably wouldn't be worth a hoot for woods riding. Coll,I don't think the article is correct on that point.

Best python html template. I've seen several instances on the Web where someone refers to putting a CR125 gearset in an MR175, with no mention of machining or any case mods at all; a guy on eBay told me the same thing. I do believe that machining would be needed to put a CR125 tranny in an MT125, though, as both the tachometer drive and oil pump must intrude into the cases to some extent - maybe that's what the Honda guys in the article were referring to (the MR175 prototype motors were most probably developed from the MT125, not the CR125, but none of these bikes ended up sharing cases).I remember one guy writing that the CR125 ratios didn't work well with his stock MR175's wide powerband, but a modified, high-rpm motor could be another story - might be a pretty good match. That's another thing I was looking for with the ratios I chose; the ability to still use the bike in the woods if I modified the motor further and lost some bottom end. I tried gearing down my CR125 to use it in the woods, but the ported cylinder was just too peaky; I ended up with a 35 mph top speed and still couldn't climb hills slowly (the left crank seal was leaking though, as I found out later). If you don't need to crawl along at a walking pace and can live with a 52 mph top speed (I measured this on my CR with an MR175 front wheel & speedo when I was riding it to the DMV for registration, using stock 3.5:1 gearing), the CR125 box might work well with your motor.

I realize it's a lot of work, especially if it doesn't end up exactly as you'd hoped.I so wish Honda had made it a 6-speed CDI bike from day one. It would have made the bike much more of a serious enduro machine, and I bet they would have sold a lot more than they did. It also would have supplied the legions of CR125/MT125/MT125R riders with additional tranny and lighting options.Ray.

Just a quick update with some suggestions for getting good performance for a reasonable price out of this bike.Copper head gasket ($20 max): these come up on eBay from time to time, either separately or as part of a complete gasket set. They are.020' thinner than the OEM.050' composite gasket, and are actually better than milling the head since a) it closes up the super-wide stock squish clearance and b) the head comes conically milled from the factory, which exerts more force in a ring around the bore; this is especially important with the copper gasket as they tend to leak.

Just put a super-thin coat of hi-temp gasoline-compatible sealant on both sides of the gasket everywhere except right around the bore edge, and you'll probably be fine. The ideal thing would be to mill the top of the cylinder and use the OEM gasket, which never leaks.Spark plug: NGK BPR7EIX or BPR8EIX ($10 max)Jetting ($10 - $60): This makes a big difference, especially with modern premix ratios.

As I've mentioned a gazillion times before - 48 pilot, 118 main, needle @ 3, 3.5 throttle valve if you can find one.Exhaust pipe: drill a 1/2' to 9/16' hole through the spark arrestor center after removing the baffle, clean out the spark arrestor openings, and open up the end of the baffle to maybe 30% larger than stock. I've tried the Hooker and Jemco aftermarket pipes, and went back to the drilled stock pipe (although now I'm using a modified pipe with an MT125 head pipe grafted on, which adds a bunch of top end to the stock powerband). The Kawasaki 671E2535 exhaust O-ring ($5) makes an excellent replacement for the stock 'piston ring', with zero leakage.Air box: pull off the top cover unless you regularly cross 3' deep streams. The Honda MT250 air filter (Honda P/N 17212-358-000, $30 max) works well, and there's also a guy in New Zealand selling UNI MR175 filters for about the same price (I got mine in a week).Gearing: do yourself a HUGE favor and gear this thing down.

Here are the results of the MR175 exhaust pipe comparison I've been working on for about a year now. I've given ratings of 1 to 10 for each of the following 7 categories:Low end / Midrange / Top end / Powerband width / Silencer effectiveness / Comfort - ergonomics / Ease of installation and/or modificationThe 1-10 scale points are relative to the other pipes in this shootout only (higher numbers are better). Notes are below each pipe's rating scale.OEM MR175: L10 / M9 / T4 / P4 / S9 / C8 / E10excellent low end and off-idle response. The Kawasaki O-ring (35mm x 4mm) is a little too thick to easily slide the pipe over when new. There are better-fitting ones that seal just as well.These are the O-rings I currently use (1.375' x.103', about 35mm x 2.6mm), which work great, and are available from:Also, Honda P/N 91303-107-000 should work just fine (this is a 35mm x 3mm O-ring). I have not tried these, but they should be almost identical to the MSC O-rings above.

Any Honda dealer can order these for you, or you could use, etc.UPDATE: Honda P/N 91301-PJ7-000 (31 x 2.5mm) fits the manifold fine, pipe slides right on, seals well, etc. It's thinner than the 91303-107-000 ring.Ray. Here's a little info I've gathered about putting a larger carb on the MR175 motor. You may want to read this before buying a new carb. I posted this over at ThumperTalk too.First, here are some intake port numbers I got from the engmod2t engine-development program. All numbers represent the equivalent port flow in round-hole diameter, corrected for 33 degrees down angle at the port window:Stock: 29.5mmPort lowered 2mm: 30.8mmPort lowered & widened 2mm: 31.6mmPort lowered & widened 2mm, lower half of bridge removed: 32.5mmPort lowered & widened 2mm, bridge removed: 33.4mmFrom this data, it's clear that throwing a giant carb on a stock motor won't make much difference.

With even a 30mm carb, power was exactly the same at 3/4 throttle as it was at WOT, with poor throttle response and little effect from jet changes. Most, if not all, CR125M pipes will be too short for the MR175. The up pipe in the pictures I posted earlier in this thread was a joke; I honestly think a straight pipe might have been better.A CR125M pipe with the center section extended to 350mm total length should work well. If the bottlenecked stock MR175 exhaust passage was enlarged and a '76-'78 CR125M manifold used, it would work even better. It's also possible a CR250M down pipe with a CR125M inlet grafted on might work well, but I haven't tried any down pipes so I don't know.This is the '79 CR125R up pipe, which looks like the type of pipe the MR motor should work well with (just for example, I realize you want a down pipe).

They make one for Honda XR650R, for $100 seems like its worth a try. With right gearing choice, and a Scott Oiler, could last for a long time before needing replacement.Here is a picture:Apparently the first batches of sprockets made had failure problems due to how the bumpers were bonded to the sprockets. They went back to the drawing board to re-design. The new design is out, but they are back ordered.Here is what Kush had to say:Your new design was also good (clamped in PU), but we changed to a better material which bonded to steel with more strength than the material itself (ie. The material fails in peel tests before the bond) This allowed us to use the orginal design. One other thing that changed is the bond is now between the steel outer ring and the PU, not the aluminium (which would peel due the squashing/moving action).Here are a couple short reviews:Husky 610 rider:I finally got a little break in the weather so I went out and fitted up my new Kush sprocket and off I went to put it through it's paces.First things first.Fitment: It bolted up just they it should without any trimming, beating or forcing. 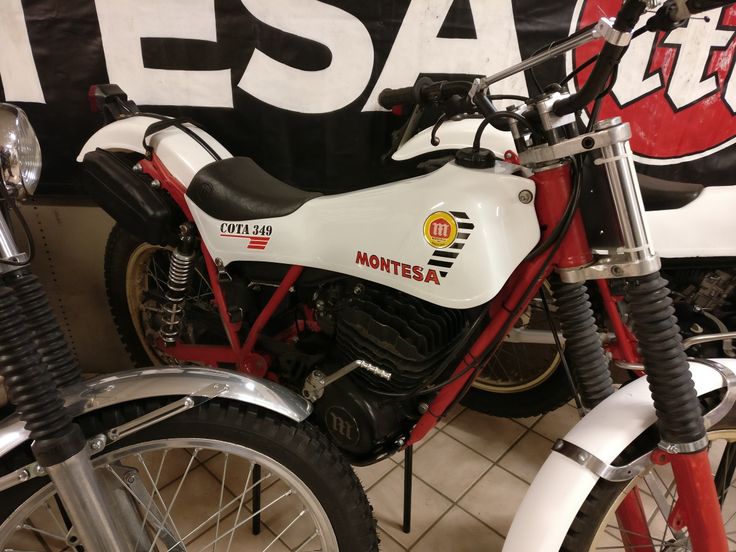 Of course we should expect that but it's always good when it actually happens.Riding: I didn't think that I would actually be able to feel the difference on the 610 because the 610 has a cush drive in the clutch so I was pleasantly surprised to find that you really can tell the difference. I took it out for a about a 30 mile loop and hammered it hard. Power up wheelies, clutch up wheelies, backing it into corners, skidding it into corners, power shifting up and hard downshifting. I think the Kush drive is worth a try, it may take them a bit before they are in stock again. The XR650R has a pretty good cush drive in the clutch which is great, but I would even add the Kush to this. Does anyone know if the XR650L has similar cush in the clutch? I would just make sure that any reliability issues with Kush are finally resolved.A rubber cush in side the motor.

Wonder why the manufactures use springs.Could it have something to do with heat/oil/rubber brakeing down & filling themotor with rubber fragments.« Last Edit: June 02, 2013, 12:13:50 AM by pete »Logged.