Photo taken by 2017-2018 Rising Voices Fellow Rachel Harris at the NYC March for Our Lives.April 19th, 2018, was a day of highs and lows. During the day, school was abuzz. Everyone was talking about the next day’s school walkout (planned in response to the school shooting in Parkland, Florida)–whether they were going to do it, what they thought the punishments might be, and if they were going to appear in our local newspaper. My phone was on fire with texts from the organizers’ group chat. We planned to meet that day after school, and as we sat in the conference room, we jointly wrote about the event on Facebook. I went home, giddy and anxious. 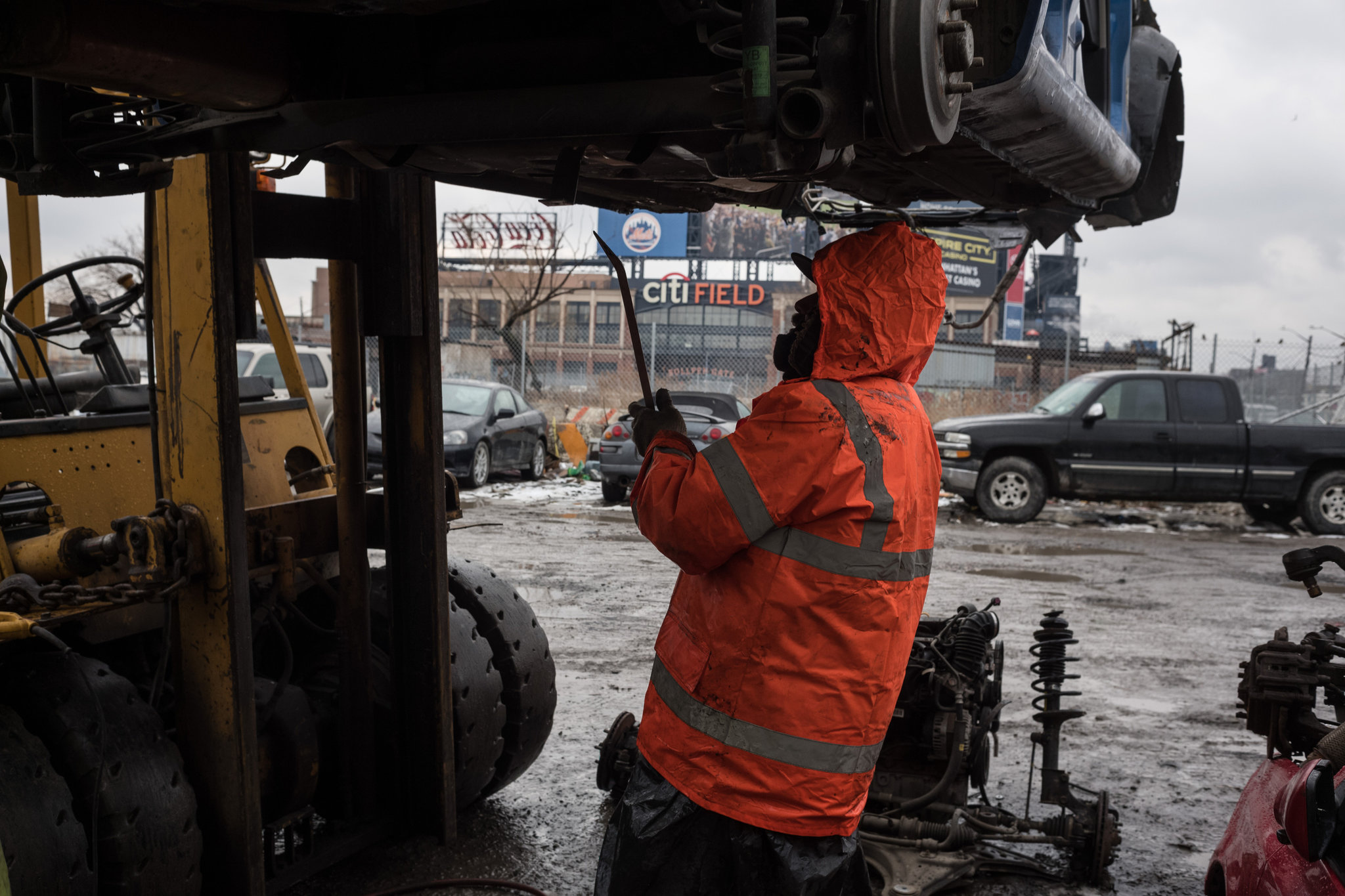 My leg bounced under my kitchen table while I worked on my homework, my trademark nervous habit. I worried that no one would show up, or that everyone would get in trouble and blame me, or that it would rain really hard and ruin the entire day. My foot bounced faster, but then my phone dinged, pushing me out of my reverie.Madison, one of the organizers, texted us that our school’s assistant principal wanted to meet with all of the organizers in his office the next day. My stomach twisted into a knot, as I closed my eyes and took a deep breath while reminding myself about why I organized the walkout in the first place.

We wanted to keep the momentum going following the Parkland shooting’s. I knew the assistant principal could suspend us if he wanted to, but I didn’t care.

This was something that I needed to do.As I drove to school the next day, a few of the other organizers were waiting by the front door. We walked upstairs together — a united front. The five of us entered the assistant principal’s office in silence. The next two hours were painful to endure.

We offered every possible solution, but were met with nothing but resistance. He threatened to call the police if we walked out of the school building. My foot bounced incessantly and I bit the inside of my cheek to keep from crying, but we knew that we couldn’t jeopardize our academic futures, and those of our peers. We had been pushed into a corner, and we had no choice but to cancel the walk out.We left his office feeling worn out, our heads hung low.

The rest of the night seemed like a blur. I cried and cried, incredibly frustrated that something I believed to be so important, and that I had put that much work into, could be torn away so easily. We come to school every day to learn, not just about algebra and biology, but about ourselves, and about how we can actively contribute to our democratic society.The entire was centered around lifting the voices of students, but within minutes, that power had been stripped away from us. As a sixteen year old, it is incredibly easy to feel powerless–I can’t vote, and I am under the control of my parents and the administration of the school I attend. This lack of power is exacerbated by adults who often write teenagers off as unintelligent and unqualified.

The way my assistant principal spoke to us was the perfect example: he told us that while he was sure we believed what we were doing was just, he (as an adult) believed we were being naive.Thinking back on this experience, it’s easy to get upset. I believe the situation was handled poorly, and even one month later, it remains upsetting. Still, I have realized that even though we weren’t ‘t allowed to follow through with the walkout we originally planned, what resulted instead was also important. We started a conversation.And, perhaps even more importantly, I started to ask questions of myself which I never considered before: How do I define success?

How can I reconcile the passion of my peers with my school’s hesitancy to support student-led initiatives? What am I going to do differently next time? While the plan for the walkout did not come to fruition, it taught me something very important–you can’t win every time, and when you don’t, it’s imperative you use the loss to grow and adapt, rather than letting it define you.

“Anger is just anger. It isn't good. It isn't bad. What you do with it is what matters. It's like anything else. You can use it to build or to destroy.

You just have to make the choice.' Constructive anger,' the demon said, her voice dripping sarcasm.Also known as passion,' I said quietly. 'Passion has overthrown tyrants and freed prisoners and slaves.

Passion has brought justice where there was savagery. Passion has created freedom where there was nothing but fear. Passion has helped souls rise from the ashes of their horrible lives and build something better, stronger, more beautiful.”―Jim Butcher. “When we first started out I had a really big issue and a lot of my loved ones had a really big issue with the fact that I was totally in pain up there and there was a time when I tried to hurt myself off stage, but I got over that. Like, you should never want to hurt yourself. You should love yourself. Sometimes you have to kind of die inside in order to rise from your own ashes and believe in yourself and love yourself and become a new person and I think that that is going to be a lot of what the next record is about, not to plug it or anything.

Like, it's going to talk about dying and coming back to become what you totally want to become. We are all becoming what we want to become.”―Gerard Way. “Breathe in, breathe out. Without the fire, the phoenix never rises from the ashes. Let the fire scorch the skin and burn the soul, allowing yourself to absorb the pain and understand the sincerity of the pain.

“They're all gone, my tribe is gone. Those blankets they gave us, infected with smallpox, have killed us. I'm the last, the very last, and I'm sick, too. So very sick. My fever burning so hot.I have to take off my clothes, feel the cold air, splash water across my bare skin.

I'll dance a Ghost Dance. I'll bring them back. Can you hear the drums?

I can hear them, and it's my grandfather and grandmother singing. Can you hear them?I dance one step and my sister rises from the ash. I dance another and a buffalo crashes down from the sky onto a log cabin in Nebraska. With every step, an Indian rises.

With every other step, a buffalo falls.I'm growing, too. My blisters heal, my muscles stretch, expand.

My tribe dances behind me. At first they are no bigger than children.

Then they begin to grow, larger than me, larger than the trees around us. The buffalo come to join us and their hooves shake the earth, knock all the white people from their beds, send their plates crashing to the floor.We dance in circles growing larger and larger until we are standing on the shore, watching all the ships returning to Europe. All the white hands are waving good-bye and we continue to dance, dance until the ships fall off the horizon, dance until we are so tall and strong that the sun is nearly jealous. We dance that way.”―Sherman Alexie. “Someone sent me a letter that had one of the best quotes I've ever read. It said 'What is to give light must endure burning.'

It's by a writer named Viktor Frankl. I've been turning that quote over and over in my head. The truth of it is absolutely awe-inspiring. In the end, I believe it's why we all suffer. It's the meaning we all look for behind the tragedies in our lives. The pain deepens us, burns away our impurities and petty selfishness. It makes us capable of empathy and sympathy.

Rising From The Ashes Poem

It makes us capable of love. The pain is the fire that allows us to rise from the ashes of what we were, and more fully realize what we can become. When you can step back and see the beauty of the process, it's amazing beyond words.”―Damien Echols. “This is a valley of ashes-a fantastic farm where ashes grow like wheat into ridges and hills and grotesque gardens; where ashes take the forms of houses and chimneys and rising smoke and, finally, with a transcendent effort, of men who move dimly and already crumbling through the powdery air. Occasionally a line of gray cars crawls along an invisible track, gives out a ghastly creak, and comes to rest, and immediately the ash-gray men swarm up with leaden spades and stir up an impenetrable cloud, which screens their obscure operations from your sight.”―F.

Rising From The Ashes Article

Scott Fitzgerald. “Faeries began calling foul play, demanding Tamlin be released from the curse, calling her a liar. Through the haze, I saw Rhysand crouching by Tamlin. Not to help him, but to grab the-'You are all pigs - all scheming, filthy pigs.' Then Rhysand was on his feet, my bloody knife in his hands. He launched himself at Amarantha, swift as a shadow, the ash dagger aimed at her throat.She lifted a hand - not even bothering to look - and he was blasted back by a wall of white light.But the pain paused for a second, long enough for me to see him hit the ground and rise again and lunge for her - with hands that now ended in talons. He slammed into the invisible wall Amarantha had raised around herself, and my pain flickered as she turned to him.'

Rising From The Ashes Movie 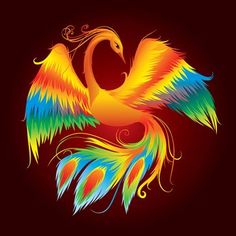 You traitorous piece of filth,' she seethed at Rhysand. 'You're just as bad as the human beasts.'

One by one, as if a hand were shoving them in, his talons pushed back into his skin, leaving blood in their wake. He swore, low and vicious. 'You were planning this all along.”―Sarah J.