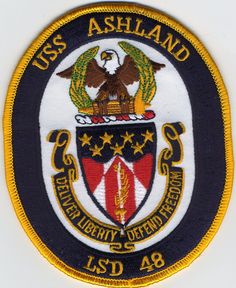 Rate/Rank: RD3Address: 6112 Belshire Ave NEI was aboard Thomaston for the WESTPAC cruise in 1971 and the liberty cruise in 1972. For the shipmates of other eras. On the liberty cruise after leaving Pearl Harbor, we visited Tauranga NZ, then Sydney and Freemantle Australia, Singapore, Colombo Ceylon, then we dropped off some construction stuff in the well deck for the Seabees at Diego Garcia. What a stay that was! Fishing or exploring the island during the day and watching movies at the outdoor theater next to the EM club while drinking cold beer at night.

On the way back we took a few days to loiter in the Tonkin Gulf to collect combat/hazardous duty pay then headed to Subic Bay (my last overseas port of call before going home). I reported to the transit barracks at Subic awaiting my transportation home to get out.I have some pictures from my time aboard Thomaston at my web page including a few of the shellback initiation:rogueriver.tzo.com/galleryusn.htm (cut and paste this into your browser-the guestbook is persnickety about links)Just click on the Thomaston patch or the button below to go to my photo gallery. Rate/Rank: CS3Address: hattiesburg mississippiI went on the 1964 west pac trip, subic, hong kong,danang.

Had a buddy make two ash trays out of three inch 50 shells with hong kong dollars on them. Wish I could remember his name. My home burned 30 years ago and I lost most of my stuff, still have one ash tray, a lighter, mug and a patch i had sent my mother. I would like to see a crew list for that year. Seems like i remember out C.O. Was maned Buckner? But not sure.

I sure wish i had seen this web site when the reunion was on the Mississipppi coast. Rate/Rank: BT3Address: Sacramento,Ca.Was unable to make it to the re-union in Seattle.Does anyone know yet where the next one might be.I still have'nt got around to paying due's yet so that I can get on the muster list,but I plan on doing that soon.I was aboard the Thomaston from 1978-1980.Came onboard the last 3 month's of the time we were at Todd's Shipyard in Seattle.Been in touch with Pete Messina,and found out about Duane Canale.Anyway,just checking out the site.Happy Holiday'sRobert Sweeny.