Mercury records, which controls the Phillips records catalog, has compiled this set by referring to 's U.K. Chart successes from 1964 to 1967, then licensing her two biggest hits for Atlantic records, 'Son of a Preacher Man' and 'A Brand New Me.' The result, in terms of song selection, is an excellent 20-song, 57-minute disc that includes most of her best-known material. (The major omission is 'The Windmills of Your Mind,' a U.S. 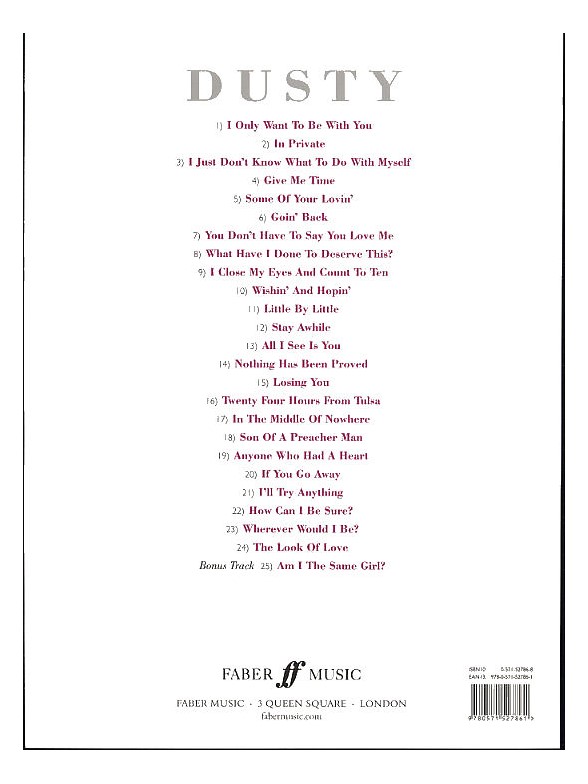 Top 40 hit, which was on Atlantic.) The more questionable elements on the album are the sequencing and the choice of mono and stereo takes. These problems are interrelated: if the compilation producer had opted for a chronological sequencing, the drastic aural differences between the early mono tracks and the later gimmicky, extreme (and, in at least one case, apparently fake) stereo tracks would not have been such a constant distraction to the listener. (So many tracks, even from as late as 1967, are in mono, that you wonder why they didn't just make the whole album mono.) And 's stylistic evolution would have been more coherent, too. Why, for example, put the 1968 'Son of a Preacher Man' its full stereo, American R&B-style glory, as the fifth track, then follow it with the 1964 'I Just Don't Know What to Do With Myself,' in boxy mono with orchestral accompaniment? Of course, you can re-sequence the album on your CD player, but you shouldn't have to.